I’VE BEEN A GAME CHANGER ALL MY LIFE

I’ve been a game changer all my life, as long as I can remember…but if I had to pick a moment that sparked it, I’d reach back to second grade.

Here’s how it started:

See, in second grade, I experienced a life-changing event.

It happened in our first grading period of the year.

I vividly remember the sense of pride and optimism I had because I was SURE I had managed straight-A’s for the first time. While I did get very close, to my surprise, there was one black mark.

I had received a “D” in writing.

I was disgusted. Thoroughly!

I didn’t talk to anyone that night.

The next morning, as the school day began, I approached my teacher’s desk with one pointed question; “How could you possibly grant me A’s in the rest of my classes, when you couldn’t read anything I wrote?”

For better or worse, I changed that day.

Unfortunately for me, things weren’t going to get any easier.

Then came a seemingly limitless array of symbols, akin to those I imagined etched on the side of UFO’s.

Next English…my own native language…ok so by this time I was accepting that nobody was ever going to be able to read what I wrote, and frankly I didn’t care to read anyone else’s writing either!

But I was being forced to, at a greater pace than ever. Novels, epics, short stories, poems…all sorts of stuff.

I tended to fall asleep by the time I reached the table of contents.

Then something else began to change. Homework and tests evolved into essays. I had NO CHOICE but to work harder at my writing.

I didn’t want to, but I realized I had to.

Same with reading…I had to.

Fortunately, my mom introduced me to Cliff Notes, and a few classmates of mine actually did read every assignment.

So now I had a “Joe” way of gathering the information I needed for these tests, but what was I going to do with it?

Remembering that I have always been inspired to create my own tools, and I was always motivated to succeed, I realized I needed a new test-taking tool. I needed a formula for writing essays.
I tried out my new formula on an English Literature test on a Shakespeare assignment and BOOM! A+!

So I tried it out on an Advanced Placement History test and BOOM! Another A+!

Then my History teacher invited me to compete for a scholarship contest…an essay writing context!

Yep, won that too!

In fact, I even earned 6 college credits before I even stepped out of high school!

By college, my philosophy of learning was reaching a powerful clarity.

I realized that the true education I was meant to achieve, was far more than the material we covered in class.

The key was learning “how to learn”. How to identify the information you need, and where, or even how, to get it.

So way back in second grade, was the day my entrepreneurial spirit was born.

Since then, I have had the pleasure of working with entrepreneurs and innovators all over the world and learned what it takes to turn an idea into a reality.

In addition to working with a variety of clients, I have tested my methods with my personal projects, my family projects and now, I want to share them with you.

You see, I do three things in life:

And I have no pause button.

And about that whole reading/writing thing?

Well, I honestly did not read a book in its entirety until I was 30…

Published in more languages worldwide than I’ll likely ever speak.

And thanks to technology, I do a lot of writing now, but rather than using a pen or pencil, I leverage computers and tablets.

Throughout my life, I have sought and developed tools to help activate ideas and amplify impact.

I look forward to sharing my journey and insights with you, in hopes it will inspire you to take your ideas and RUN!

GET OUR FREE
VIDEO SERIES 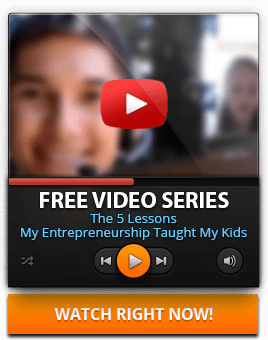 LET'S HEAR FROM
YOU 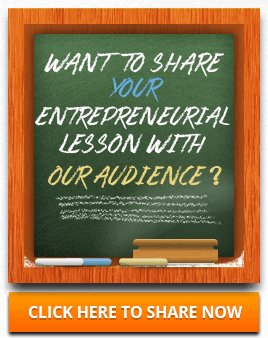 We love hearing from you. Send us an email and we'll get back to you, asap.